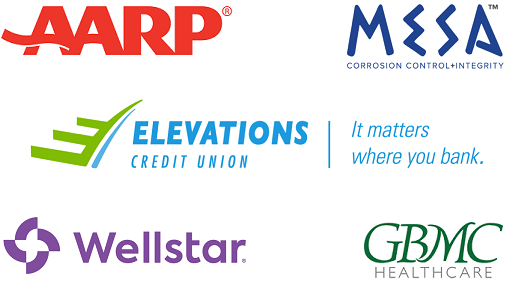 The U.S. Department of Commerce also announced three additional winners: the nonprofit AARP as well as GBMC HealthCare System and Wellstar Paulding Hospital, both of which have posted industry-leading performance in the health care field even in the face of the pandemic.

“I congratulate these five U.S. organizations for committing themselves to performance standards that have demonstrable and independently verified positive effects on the American business community,” said Secretary of Commerce Wilbur Ross. “Applying the Baldrige Criteria yields practical value to an organization in cost savings, customer satisfaction and financial gain while also producing higher revenue, growth and efficiency for improved competitiveness and performance.”

The 2020 Baldrige Award and past year awardees will showcase their best practices during the 32nd Quest for Excellence® conference, which will be held virtually April 12-15, 2021.

The 2020 honorees and their achievements are as follows:

AARP (Washington, D.C.) has doubled the reach of its work to improve lives for people over age 50 and their families, from 32 million people in 2015 to more than 60 million in 2019. Since 2017, AARP has invested $450,000 in startup companies pursuing novel products and services through its Innovation Labs. It has also been recognized as a “Top Workplace” by The Washington Post, and AARP The Magazine has been the most widely read publication in the nation for three years in a row according to market research firm Gfk MRI.

Elevations Credit Union (Boulder, Colorado) won a Baldrige Award in 2014 and is the first two-time winner in the nonprofit category. An assessment by the American Credit Union Mortgage Association ranked Elevations as No. 11 out of the top 300 credit unions in the nation, outpacing both its asset size, which ranks No. 127 out of 300, and its ability to lend only in Colorado versus other lenders that cross state lines. In spring 2020, Elevations ranked in the top 95% of U.S. organizations for overall employee engagement based on the Gallup Q12 survey.

GBMC HealthCare System (Baltimore, Maryland) has maintained a five-star rating (the highest) from CMS since 2017. Its industry-leading performance includes 100% of stroke patients receiving antithrombotic therapy at discharge, 100% of high-risk mothers receiving antenatal steroids, and 100% of patients receiving combination chemotherapy for breast cancer. GBMC’s Nurse Residency Program is one of only 61 worldwide to achieve the highest level of recognition from the American Nurses Credentialing Center.

MESA (Tulsa, Oklahoma) won Baldrige Awards in 2006 and 2012, and is the first three-time winner of the award. The company’s overall revenue has grown nearly $30 million since 2015, with the company achieving a 10% average annual revenue growth since embarking on its Baldrige journey in 2002. MESA, which specializes in controlling corrosion in pipelines and related equipment, has retained 100% of key customers in its services segment since 2018 and 97% of key customers in its materials segment since 2017. In addition, 95% of employees agree that the safety culture is a top organizational priority, and 94% of employees consider themselves highly engaged.

Wellstar Paulding Hospital (Hiram, Georgia) sustained top 10% performance for its mortality index and for its inpatient complications index within the national IBM Watson Health 100 Top Hospitals® index. It is also in the top 10% in the nation for a sustained pressure ulcer rate of zero. For several key measures of inpatient and outpatient engagement, WPH has achieved top 10% performance in the nation and rates in the top 100 of 1,800 organizations in all industries for team member engagement based on the Great Place to Work® Trust Index© survey results.

The National Institute of Standards and Technology (NIST) manages the Baldrige Award in cooperation with the private sector. An independent panel of judges reviewed the evaluations performed by the Baldrige Performance Excellence Program’s all-volunteer Board of Examiners and recommended this year’s award recipients from a field of 20 applicants.

The Baldrige Award was established by Congress in 1987 and is not given for specific products or services. Since the first group was recognized in 1988, 134 national-level awards have been presented to 124 organizations (including eight two-time award recipients and one three-time recipient).

The Baldrige program is a public-private partnership managed by NIST and funded in part through user fees and support from the Baldrige Foundation. The 2021 Malcolm Baldrige National Quality Award Application forms are now available for interested U.S. organizations. The 2021-2022 Baldrige Excellence Framework will be available in December 2020 (Business/Nonprofit) and January 2021 (Health Care and Education).