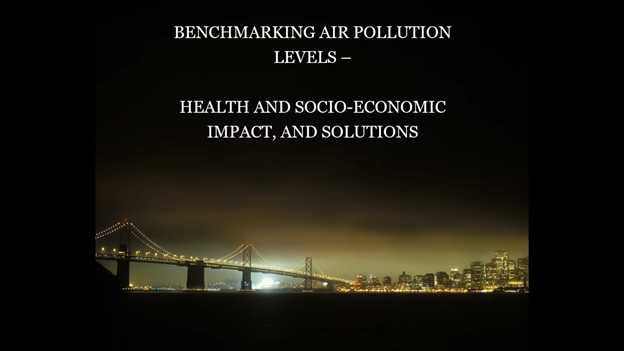 Somewhere in the middle of a city suburb, she lay dispassionately, watching the hazy sky from her sanatorium window, inhaling oxygen from a metallic chamber piped next to her. She desperately needed immaculate fresh air. It would be a concurrent treatment for salvaging her progressing lung disease. But the cityscape couldn’t care less to give it to her. It was a luxury that she could not afford.

How many of us cringe before leaving for work every morning? No, not because of an impending meeting with the bosses. But because in a few moments we’ll be meeting the black angel of misery, wrapped in smoke, dust and poisonous gases. And, we surrender to it.

Were we humans created to bear all of this every day? No. We weren’t. Not even for a single day.

And if we’re sitting inside our cars and homes, there is a high probability that after knowing the facts here, we won’t be as comfortable. 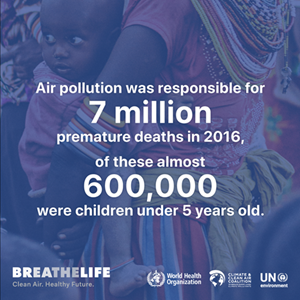 Ralph Waldo Emerson, the 19th century
American essayist and lecturer once said, “Our chief want is someone who will inspire us to be what we know we could be.”

In the 21st century, we call it, benchmarking.

Satellite measurements by Nasa researchers show that the Earth’s surface has been warming globally with 17 of the 18 warmest years on record occurring since 2000.

How Are Air Pollution and Climate Change Linked?

United Nations recalls that ‘cities and pollution contribute to climate change. According to UN Habitat, cities consume 78 per cent of the world’s energy and produce more than 60 per cent of greenhouse gas emissions’.

Because of its dark colour, black carbon is very good at absorbing sunlight, leading to an overall effect of warming the climate. It is estimated that it is second only to carbon dioxide (CO2) in its contribution to global temperature increases (Bond et al, 2013).

Based on a study by Marshall Burke, an economist at Stanford, it is estimated that the gap in per capita income in the richest and poorest countries is 25 percentage points larger than it would have been without climate change. That is because poor countries are disproportionately concentrated around the equator where even a slight increase in temperature can be devastating to crop production, human health and labour productivity.

India, the world’s second most populous country, would have been 30% richer without climate change, the study concluded. (Based on data from 1961-2000). (Marshall Burke and Noah Diffenbaugh.).

As for the countries away from the equator, we have yet other threatening reasons to worry about courtesy of climate change.

Of all air pollution measures, PM2.5 is believed to pose the greatest health threat.

A study published in 2019 proves that there is a statistically significant negative relationship between PM2.5 concentration and people’s happiness and productivity levels.

Lack of visible smog is no indication that the air is healthy. 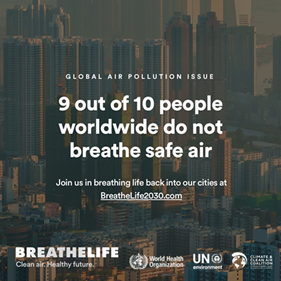 As a much-needed reality check, we need to know (more than ever) that the World Health Organisation estimates that 91% of the world’s population lives in places where air quality exceeds WHO guideline limits. 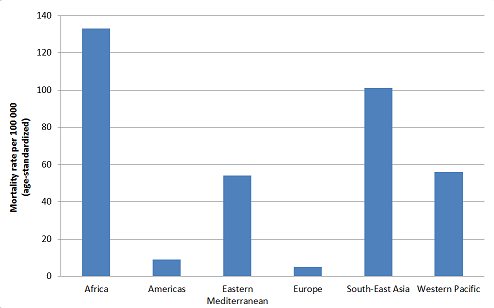 WHO: In 2016, household air pollution from cooking with solid fuels was responsible for 3.8 million deaths, and 7.7% of global mortality 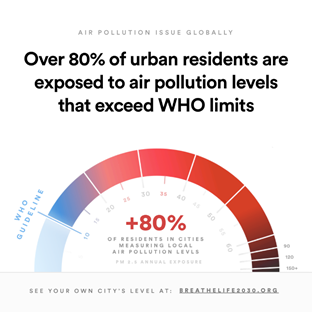 It can easily be argued that air pollution is no more a local issue, but a global public health concern – WHO Interactive global ambient air pollution map.

To see whether the air is safe in your region or country there are a number of websites that display data from air quality monitoring stations such as IQAir’s real-time AirVisual Earth view, 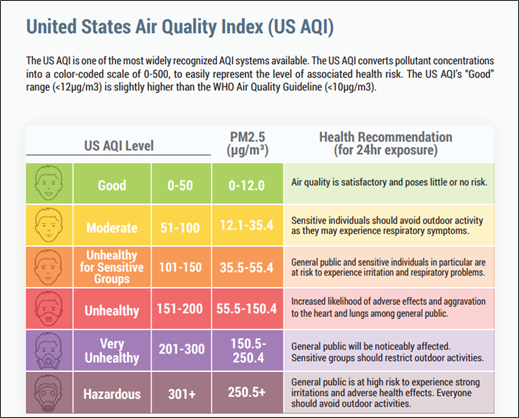 WHO recommends an annual mean exposure threshold of PM2.5 at 10 ?g/m³ to minimize the health risk whilst advising that no level of exposure has been shown to be free of health impact. 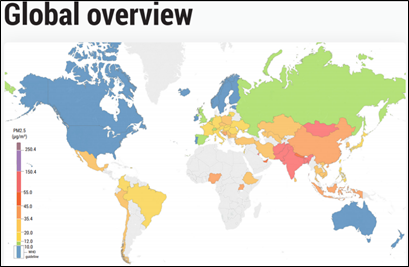 Figure 2. Global map of estimated PM2.5 exposure by country/region in 2018

This global map provides an overview of the average, estimated PM2.5 exposure by country/region in 2018. The estimation is calculated from available city data as a regional sample and then weighted by population. Countries and regions that remain grey had no or limited PM2.5 data available for 2018.

Let’s see how some of the capital cities in the world rank. 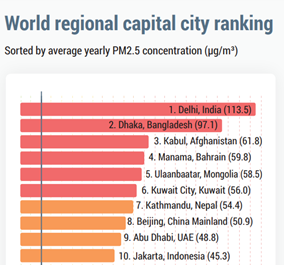 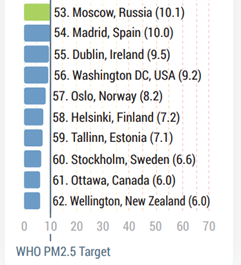 Countries from Asia and the Middle East occupy most of the top of this regional capital city ranking, with Delhi and Dhaka’s values both 50% higher than the 3rd ranking capital, Kabul. Only 9 out of 62 regional capitals included here have an annual mean PM2.5 level within the WHO air quality guideline of 10µg/m³.

PM’s relatively microscopic size enables it to both remain suspended in the air for long periods, and be absorbed deep into the bloodstream upon inhalation, causing a wide range of short-and long-term health effects like:

Ammonia in Air and Respiratory Concerns

A study conducted by Mumbai-based researchers at the Indian Institute of Technology – Bombay (IIT-B), National Environmental Engineering Research Institute (NEERI), and the Sustainable Approach for Green Environment
(SAGE) found that it isn’t just particulate matter in the city’s air that is a cause of concern. Concentration of ammonia (NH3) in the air is a cause of some of the respiratory illnesses.

Sewage drains and solid waste lead to high levels of ammonia in isolated places. Ammonia disperses faster, and has short-term impacts, according to the director, NEERI.

Climate Change: The Clock is Ticking!

Read an IPCC special report on the impact of global warming of 1.5 °C above pre-industrial levels, 2018. Global warming of 1.5% could be reached by 2030 if we stay on the same trajectory with devasting consequences to wildlife & many communities. To prevent irreversible damage from Climate Change we need to ACT NOW! 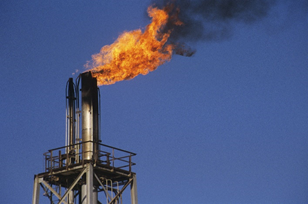 Greta Thunberg, the 16-year-old Swedish climate activist and now a global hero speaks at the UN Climate Change COP24 Conference and at a follow-up interview speaking far more sense than the various Governments and policy makers that have led us to this mess. 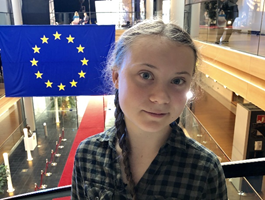 The green warrior, Greta Thunberg, at the European Parliament, 16 April, 2019.

More than 9,000 Londoners are estimated to die prematurely each year from long-term exposure to pollution. Recently, in April 2019, environmental protesters in central London highlighted demands for the British government to declare a climate emergency. The Parliament declared a climate emergency, following in the steps of Scotland and Wales and major British cities.

Air Pollution and Human Intelligence. Could There Be a Connection?

In 2017, Xi Chen, a public health researcher at Yale University conducted a study on over 25,000 people in China. People who had been exposed to air pollution the longest were seeing the steepest drop in their cognitive test scores (maths and language skills), roughly equivalent to a loss of one year of schooling.

The study found that the cognitive impact may be more pronounced in cities where dense traffic, narrow streets and high-rise buildings often trap pollutants at street level. For instance, in London, 95 per cent of the population live in areas that exceed the WHO guidelines for PM2.5.
The mayor of London made air pollution a priority, carrying out audits on air quality around primary schools, introducing Ultra Low Emission Zones, and re-fitting diesel buses.

Researchers from Imperial College London and King’s College London
found a probable association between air pollution and dementia. That study published in September 2018, followed 131,000 patients over an average of seven years.

Economists from the National University of Singapore (NUS) completed an extensive study, published in January 2019, and it reveals that exposure to air pollution over several weeks is not just unhealthy, it can also reduce employee productivity. An increase in PM2.5, by 10 micrograms per cubic metre sustained over 25 days, reduces daily output by 1 per cent, harming firms and workers.

Polluted Air May Pollute Our Morality

For the highly toxic PM, most governments have created regulations – both for their emissions and for the ambient concentration of particles. Technology is being used for reducing air pollution in smart and sustainable future cities. 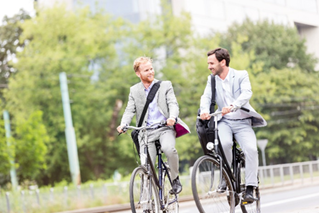 United Nations Secretary-General António Guterres is calling on all leaders to New York on 23 September 2019 with concrete, realistic plans to enhance their nationally determined contributions by 2020, in line with reducing greenhouse gas emissions by 45 per cent over the next decade, and to net zero emissions by 2050.

Community level
best practices include resilient measures that can bring solidarity, like:

At an individual level, we are the beneficent and beneficiary, both.

Climate action is not a one model solution, but do commit to altering your personal choices that can have a significant impact:

There is hope if governments commit to strategic planning to deal with the air pollution exigency and utilize technology for its intended use – to make our lives healthier.

Political commitment and cross-sector partnerships are the unequivocal key factors to reduce pollution. 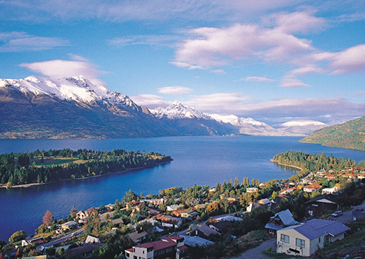 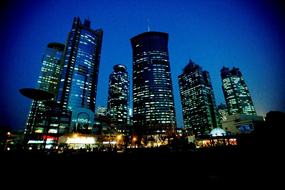 Of the 50 most polluted cities in the world China has 22 cities represented. China is tackling this issue by: 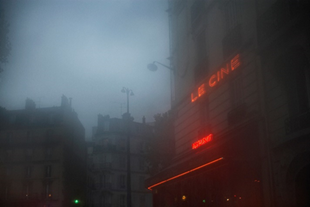 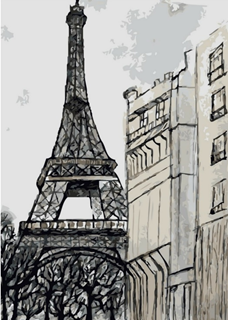 France is addressing pollution in a multitude of ways.

South Korea is battling pollution through the following approaches: 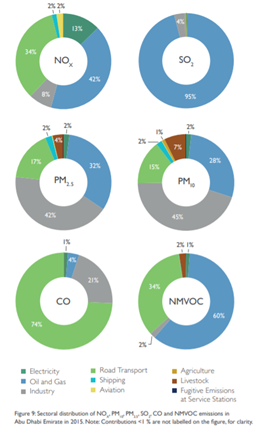 Abu Dhabi was at No. 9 in 2018’s World’s top 10 most polluted capital cities. It devised a system that can be an epitome of what strategic planning during air environmental crisis should be like.

Air pollution was identified as a primary environmental threat to public health in the Abu Dhabi State of the Environment Report 2017. Developed in partnership with key public and private stakeholders, an Air Emissions Inventory has helped produce over 50 high-definition sector and pollutant specific Air Emission Maps that identify the location and intensity of each emission source in Abu Dhabi.

In Dubai, a similar approach is being developed but it still has a long way to go to bring pollution down to healthy levels with pollution levels for PM2.5 at 55.3 in 2018 (meaning on most days of the year people are breathing in unhealthy air). This average is higher than Abu Dhabi’s rating of 48.8. A positive step forward has been publicly sharing the live data from 13 air pollution monitoring stations but so far the results for the most dangerous type of pollution of PM10 and PM2.5 are not shown. 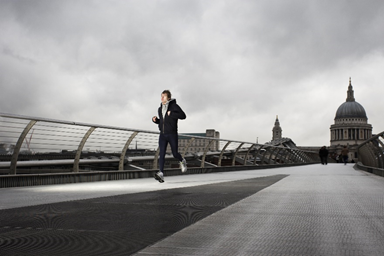 The UK is the first nation to have officially declared a state of climate emergency on 1 May 2019. MPs are calling on the government to make changes that include setting a new target of reaching net zero emissions before 2050.

Evidence shows that air pollution at current levels in European cities is responsible for a significant burden of deaths, hospital admissions and exacerbation of symptoms. WHO – Europe:

Civilized. Responsible. Intelligent. It is high time we justify these virtues by collectively outsmarting the air pollution menace to enhance our life-span on this earth. We need to wash away the dark gray trails for us to perform at our optimum capacities, accelerate our nation’s growth, and rescue our battered planet.

It will need the relentless efforts of international bodies, national governments and local communities. And our individual conscience.

The reason is evident. Look up – our skies aren’t blue, look within – our health isn’t pink, and look around – our economies aren’t green either.

The time has come for this poetic justice. Afterall, we cannot be forever running anxiously in search of greener-cleaner pastures. We need to take action, here, and now.

As a final recommendation, find time to watch the following documentary:

To join BPIR.com and support our research, simply click here, or to find out more about membership, email membership@bpir.com. BPIR.com publishes a new best practice report every month with over 100 available to members.