Collaborate to Grow the Pie 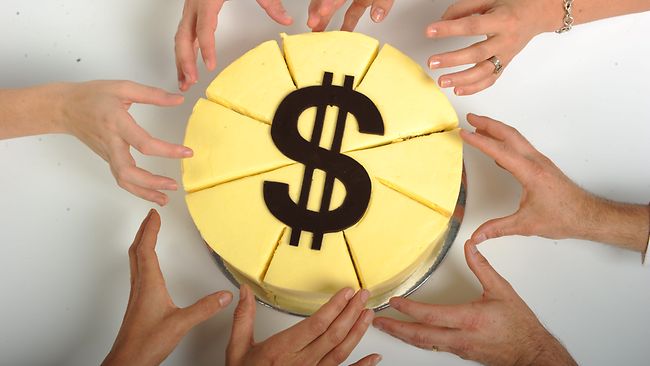 A very interesting article by Vicki Gardner, Harvard Business Review, is shown below. It highlights recent micro research conducted by Nielsen suggesting that genuine innovation should come from collaboration between manufacturers and retailers instead of fighting each other over splitting the profit pie.

The study suggests that collaboration between manufacturers and retailers is essential to introduce new products or categories that consumers want and need and at the same time does not damage the existing lines or listings. For example many of the gadgets today offer features which most “normal” consumer are not even aware of more than ten percent of the features let alone use them all. The study also suggests that there are “supposed” innovations introduced by the manufacturers which are not really genuine innovations and consumer focused but merely they are more of product tweaks and noise made to create supposed ‘we have news’ sales packs and media releases.

The full article below.

The National Football League (NFL) is in the midst of a public and piggish spectacle of billionaires arguing with millionaires about how to split approximately $10 billion in revenue. This is time, effort and money merely focused on splitting the pie versus growing the pie by innovating the product for the benefit of all, especially the fans.

Similar lockouts are played out on a much more frequent basis between the consumer packaged goods makers and their retail partners. Far too many retailers and manufacturers opt for pie-splitting instead of collaborating to come up with pie-growing strategies. Of the billions of dollars spent each year on trade promotion and innovation, our estimates are that only $1 in every $8 spent on trade promotion (13%) and $1 in every $20 (5%) generated from innovation actually grow their respective categories.

The rest of the dollars just shift share from one retailer to another or one manufacturer to another. These pie-splitting strategies often just drive short-term, unsustainable results where companies are merely "renting share." And in the long-run, too much share stealing without category growth destroys long-term industry profitability for everyone involved.

Sadly, the single largest result of trade promotion is subsidized volume at nearly 55% of all trade spend. This is trade spend where the no new consumers or incremental units were purchased—instead, customers who would have purchased a product anyway are being given discounts, gutting profits. One might think that all consumers would be happy with lower prices, but The Cambridge Group analysis across dozens of categories shows that the truly price sensitive consumer tends to be only 10-30% of households. Most consumers actually want new benefits and innovation and are willing to pay for them.

Regarding innovation, the numbers indicate that the vast majority of innovation also results in splitting the pie vs. growing the pie — and in some cases, innovation inadvertently shrinks the pie. Nielsen also looked at sales from new products in every category within grocery in recent years. In one year $2.7 billion in sales was generated via new products in the grocery channel. But $3.2 billion was lost due to de-listing — meaning failed products that were pulled from shelves, or products pulled by manufacturers even though some consumers may have preferred the product — for a net negative of $500 million. Put another way: for every incremental $1.00 gained from a new product, $1.20 was lost due to de-listing.

So is growing the pie an impossible task? No, but manufacturers and retailers have to collaborate more upfront on shopper and innovation strategies.

Consider one example. Over the last five years, Jimmy Dean's has expanded its frame of reference beyond just breakfast sausage into convenient breakfast meals that provide longer lasting energy — a niche that delivers a breakfast like what you'd get at a fast-food restaurant with sausage at its center. In that time, Jimmy Dean's tripled its frozen breakfast sales with $200 million in incremental sales. But the category overall grew from $1.2 billion to $1.5 billion, with Jimmy Dean's driving nearly two-thirds of all the growth. It's a great example of what can happen when manufacturers and retailers stop fighting over splitting the pie and instead find a way to increase the share — in this case by stealing sales that might otherwise have gone to fast food establishments.

The path to pie-growing strategies centers on better innovation. When manufacturers create innovation that drives category growth, there is less need to drive unhelpful trade promotion.

First, innovation leaders at manufacturers need to redefine success. Too often manufacturers aim for $50 million+ ideas without regard as to where the additional revenue originated. Ideally it comes from category growth. If it comes from a competitor's share or, even worse, cannibalizing a product in its own portfolio, it's a less effective innovation. Innovations that grow the pie allow the manufacturer to benefit disproportionately — and the retailer will be fully supportive, since it grows sales instead of reapportioning existing shares. Our collective experience is that innovations that are truly differentiated and are appealing enough to command pricing power have a much greater chance of growing the category sales and margin.

Second, innovation leaders need to better collaborate across marketing and sales functions within their organizations and with retailers to not just hand off innovations, but get roll up their sleeves into the trenches of retail execution and category growth. How can this innovation drive incremental trips to the store? How can this build baskets for the retailers? What SKUs will be deleted to make room? What is the optimal shelf-spacing, assortment and merchandising?

Finally, as is the case with any real collaboration, greater honesty and accountability is required from both manufacturers and retailers about innovation. At a recent summit of top retailers and CPG manufacturers, several executives were refreshingly candid about the innovation charade that goes on every year. The executive noted that manufacturers constantly launch new products that they know in their heart of hearts aren't worthy (not differentiated, not worthy of a price premium, not likely to grow the category), but they go ahead because they complain retailers want 'new news'. Retailers constantly accept innovations that they also secretly believe aren't really that good, but they do so because they don't want to be the first one to say the emperor has no clothes.

Fundamentally, the issues are rooted in our culture of competition and the need for more courage to collaborate. Pie-splitting as a growth strategy is attractive because it is more familiar and easier. For many of us it is deeply ingrained that for one to win, the other has to lose. Pie-growing is not only more foreign, it also takes more courage as it is a more uncertain and messier. It also takes more creativity, as well as an ability to stand in your partner's shoes. We expect the best retailers will sync up with the best manufacturers and lead the way, as it is way more fun to work in a growth category. Hopefully a new, mutually beneficial way of working together will emerge — just in time for a full NFL season.