How many of us secretly pray for the patient whenever we hear the sirens of an emergency ambulance speedily going past us? I believe, all of us. Unfortunately, we all have either witnessed or heard of the heartbreaking stories of our beloved family, friends, acquaintances, or strangers experiencing a sudden cardiac arrest – at our homes, on the streets, our offices, at a social gathering, or while taking a stroll in the park. And we would never wish that they go unattended, without help or without any immediate damage control action taken by somebody who is nearby. And we dread relying on fate until the emergency paramedics arrive.

Dubai Health Authority has planned to channel its available health, technological and logistical resources while building new capabilities to target the Out-of-Hospital Sudden Cardiac Arrest (OHSCA) population within Dubai. As every second counts in cardiac arrest, the goal is to provide immediate, accessible and quality treatment by the bystanders and first responders before the patient is taken over by the ambulance paramedics and provided definitive treatment at the nearest Health Care facility.

This colossal and altruistic initiative by the Dubai Health Authority is one of the 11 Dubai We Learn projects undertaken by the various Dubai Government entities under the change movement of the Dubai Government Excellence Program (DGEP), 2019.

On Sunday 28 July 2019, the Dubai Heart Safe City progress-sharing meeting was held at Rashid Hospital, Dubai, UAE, and was attended by the officials and representatives from the Dubai Health Authority, and the Center for Organizational Excellence Research, New Zealand. 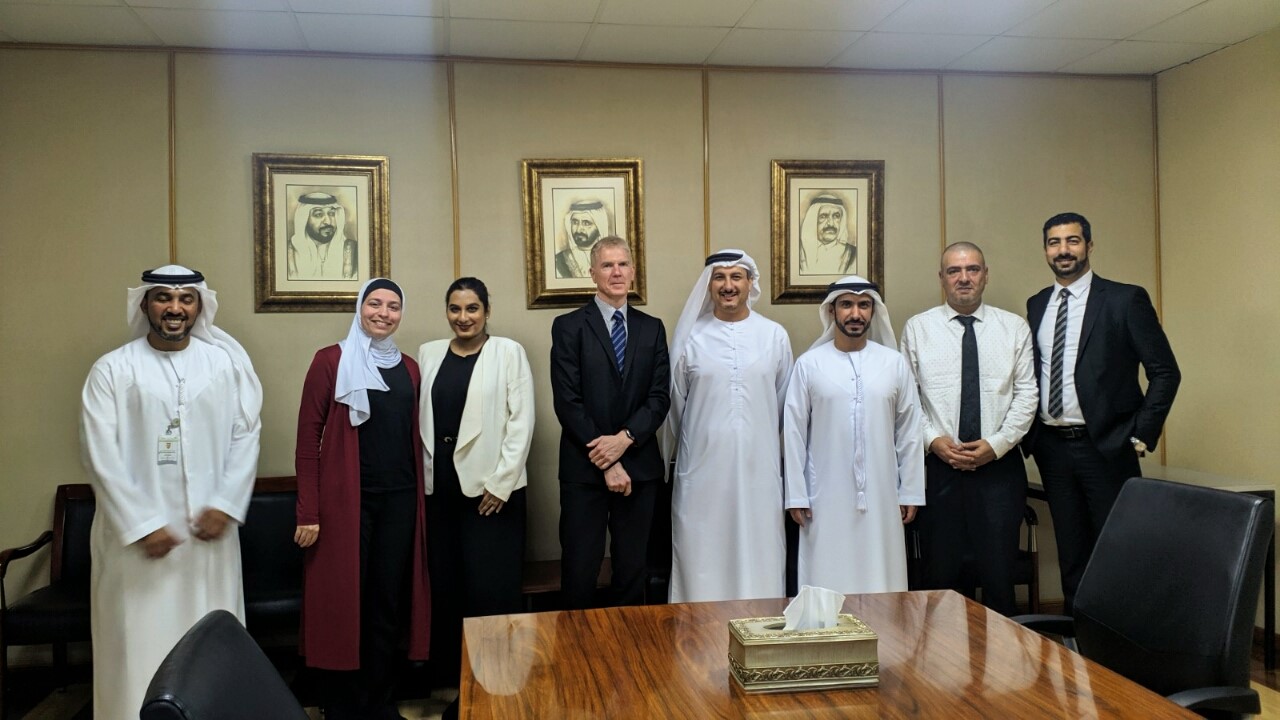 STAKEHOLDER ENAGEGEMENT: The involvement and support of His Highness Mohammed bin Rashid Al Maktoum in the Dubai Heart Safe City (DHSC) Dubai We Learn 2019 project has been a major source of strength for DHA. Currently, DHA plans to actively involve all the stakeholders and sponsors for maximum participation and rigorous implementation.

Earlier, a brainstorming session was held between the DHA and its stakeholders. With a futuristic approach, DHA plans to have regular meetings with its stakeholders to share their foresight with respect to its project. Currently, DHA is designing a comprehensive strategy and mutually agreed upon roadmap by the team members with a clear set of commitments and actions, to present to the stakeholders.

Dr. Fahed Baslaib, Interventional Cardiologist and CEO of Rashid Hospital met The Executive Council, Government of Dubai, for their warranted support and engagement as the TEC‘s long-term involvement can surely strengthen the initiative to achieve superlative outcomes. He also would collaborate with the Roads and Transport Authority (RTA) of Dubai to appreciate the contribution that they can make for this project in terms of delivery of AEDs to the crisis spot.

CHALLENGES: One of the biggest challenges that DHA seeks to overcome is the reshuffling and repositioning of current processes and systems to align them with the Dubai Heart Safe City goals and objectives.

COURSE OF ACTION: DHA is in the planning stage to conduct accredited programs and mass trainings for the general population in life-saving skills like performing Cardiopulmonary Resuscitation (CPR), and educating them about operating the cardiac emergency apparatus called Automated External Defibrillator (AED). Individuals who wish to volunteer when they are an eye witness to OHSCA, or have registered themselves as first responders to provide assistance during such overbearing times is the target population for the training. DHA has set up an interim goal of distributing 3000 AEDs by December 2020, strategically located in major areas, and 7000 by December 2025.

DHA has also goal-posted the construction of a Data Registry for the official tracking of the OHSCA (Out-of-Hospital Sudden Cardiac Arrest) patients, AED trainings, and AED first responders (with their written consent) so that better research and development activities can be undertaken to increase the Survival Rate of Post-Cardiac Arrest from 5% to 20% by the year 2020. For the said purpose, DHA met with the Dubai Corporation for Ambulance Services, and the Dubai Police to discuss the needed balanced approach for the same.

To achieve this, through the ‘You can’t improve what you don’t count’ motto, DHA has started preparation for the OHCA registry by collaborating with the other Dubai government entities and private hospitals. By December 2019, DHA will announce the exact survival rate in Dubai.

In unison with the project objectives, DHA is keen on creating awareness in the general population about OHSCA through social media campaigns and television outreach. DHA also wishes to restructure the interaction networks and team frameworks used within and outside the teams for unambiguous project communication.

Fig: The main steps to follow when a heart attack occurs.

BENCHMARKING: DHA has approached the American Heart Association and Philips for a benchmarking proposal to combat the out-of-hospital sudden cardiac arrest crisis management in Dubai. DHA has followed the Seattle, and Copenhagen models of out-of-hospital cardiac arrest management experience, and the DHA team plans to visit either of the two cities before January 2020 for best practice learning and potential partnerships.

HEALTH & STATUTORY REGULATIONS: Health Care delivery and regulatory compliance are invariably inclusive of each other. Keeping in line with DHA’s legacy of ensuring the highest standards of quality for its Dubai population, health regulation and integration of the same into the Dubai Heart Safe City project was stressed upon during the meeting. It was also mentioned that once the health regulation standards for OHSCA are in place, the DHA would approach the private sector for their involvement and participation because Cardiac Arrest patients are placed in both the public and private sector hospitals. Criteria and guidelines for OHCA have been developed to share with all the hospitals, bystanders, and population of Dubai for infusing awareness, and to alleviate the fears and resistance that inhibit people from helping and assisting others with preliminary cardiac care in public situations.

The location specifications for the placement of the AEDs, and standards available (if any) for the infrastructure of buildings relevant to the same will also be explored, keeping the maintenance of the same in perspective.

FUTURE STRATEGY: The Dubai Heart Safe City also hopes to present itself at the Dubai Expo 2020 and share its best practices and experiential learning with the rest of the world.
To sum it up, DHA has meticulously laid out a three-phase implementation plan spanning 2019-2025:

In April 2018, Dubai Health Authority broke the Guinness World Record for most nationalities in a CPR relay. If this alone seems overwhelming to achieve, in April 2018, DHA’s previous Dubai We Learn project was awarded with 7 Stars – Prevention Better Than Cure: Innovation Prevention Program to Combat Diabetes. Moving forward to today, DHA Team’s passion and devotion to help the community with healthcare measures that are relevant and desirable is palpable. The influx of many more sensational ideas by the team members, and the conceptualization of the execution plan seems like dormant dynamite waiting to explode. Sure, it will. Only to spread health and happiness, like they have envisioned in their Dubai Heart Safe City project manifesto.