Economic Impacts of Baldrige Excellence in Every State 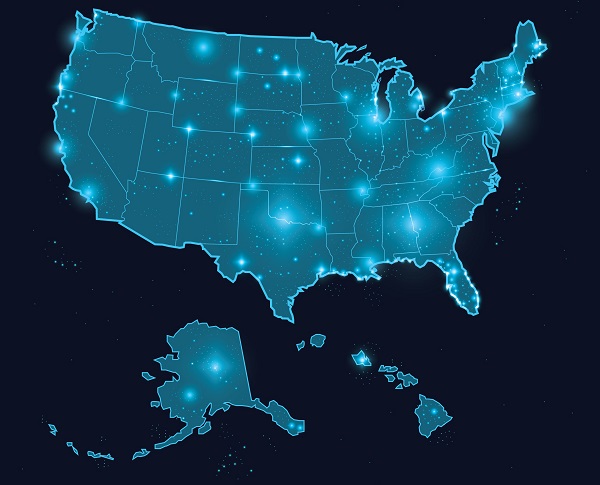 Did you know that you can easily access and download concise data about the economic benefits of Baldrige in all 50 states across the country, plus the District of Columbia, from the Baldrige Program’s website? As an example, let’s take a look at the latest data on the impacts of Baldrige in Texas (PDF).

What’s more, between 2005 and 2019, 91 organizations that participated in the annual Baldrige Award process have been based in Texas. Six Baldrige Award applicants from Texas in the past three years (2017 through 2019) alone represent 20,909 jobs, 178 work locations, over $868 million in revenues/budgets, and an estimated 3.9 billion customers served.

Through the rigorous performance evaluations provided as part of the Baldrige Award process, all applicant organizations from Texas over the years have received comprehensive feedback reports to help them improve work processes and results. Of course, the Baldrige evaluation feedback ultimately promoted the Texas-based organizations’ long-term success and, in turn, the economy of the state—and ultimately, the nation’s economy.

A recent Baldrige Award recipient from Texas is Alamo Colleges District, the largest provider of higher education in South Texas. Its five independent colleges provide two-year degrees that focus on preparing students to transfer to baccalaureate-granting institutions and workforce development programs that help build new careers and meet the needs of businesses. The organization also encompasses ten education and training centers that offer a wide range of education and training for the community and military; and three district support operations centers.

Like most other Baldrige Award recipients, Alamo Colleges District first received a top-tier, state or regional award for its high performance in an evaluation based on the Baldrige Criteria for Performance Excellence (part of the Baldrige Excellence Framework). In 2016, Alamo Colleges District earned the Governor’s Texas Award for Performance Excellence (TAPE) of the Quality Texas Foundation. The feedback report that the organization received through the TAPE evaluation helped it improve its work processes and results.

As a partner program serving organizations in its home state, the Quality Texas Foundation (QTF) relies on the national Baldrige Performance Excellence Program to develop and distribute the Baldrige Excellence Framework and related resources that help organizations in its region improve their performance. In this way, the federal Baldrige Program and its private-sector partner programs in the nonprofit Alliance for Performance Excellence (which counts QTF as a member) together help strengthen the entire U.S. economy. The journey to excellence of Alamo Colleges District, supported by evaluation services it received from both the national and state-level Baldrige programs, is just one example of how the Baldrige enterprise benefits America.

Just as Alliance for Performance Excellence programs support business, nonprofit, health care, and education organizations in all 50 states and the District of Columbia, the AHCA/NCAL National Quality Award Program provides a pathway toward performance excellence for organizations that provide long-term and post-acute care services.

See how your state is now benefiting from the nationwide network of nonprofit programs that support continuous improvement, innovation, and excellent performance by organizations of every size and sector using the Baldrige Excellence Framework!