Memories of Quality Past

I was recently reminded that Gopal Kanji passed away almost a year ago now (28 May 2010) and this encouraged me to write a short note to say that for many of us in the quality community he is sadly missed….

I knew Gopal since 1990 when I was undertaking my PhD in Total Quality Management at Liverpool University, UK. At that time there was huge interest in quality in the West but few academic publications on the subject. Gopal founded the first journal on Total Quality Management in 1990 when he worked at Sheffield Hallam University… the journal played a significant part in stimulating research in the topic. He then built on this interest by initiating the World Congress for Total Quality Management which he took around the world.  When I moved to New Zealand I was encouraged to hold the Congress in New Zealand – he was very supportive and we held a very successful event in Wellington with over 350 attendees from over 40 countries.

I also saw him every year at Hamdan Bin Mohammed e-University where we served on the Advisory Board. He was always accompanied by his wife Valerie who helped him with his huge workload – which covered quality and statistics (he was also the Editor of Applied Statistics for many years).  Both were always a delight to meet and I enjoyed the fact that whatever conference I went to around the world I would always find them there – usually at their own exhibition stand showcasing Gopal’s books and encouraging people to submit papers to the TQM Journal! 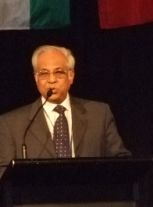 Another great Ambassador of Quality, Yoshio Kondo, died on 1 April 2011.

I was first privileged to meet Yoshio at his home in Kyoto, Japan in 1999. After introducing myself by email he invited me to his house to share a whole afternoon and meal discussing quality issues. I later visited him again in 2001 to gain his insights into Japan’s economic success in the 1970’s and 80’s, and relative decline since 2000.  This resulted in an article “Impressions from a Quality Tour in Japan”. It is an interesting article to look back on – it not only shares the views of some of Japan’s quality leaders but it provides a window into Japan’s unique culture. 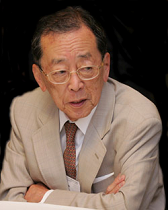 Yoshio was a most gracious man with a very good sense of humour. Considering how frail he was in later years he showed amazing tenacity and commitment to support quality events around the world. Yoshio made “quality” so easy to understand and this is no better portrayed than in his book… “Human Motivation – A Key Factor for Management”. This is a short and practical book that is full of illustrations and case studies… it a great introduction to Human Motivation that can help managers to get the most from their staff.

Full details of Gopal Kanji’s and Yoshio Kondo’s achievements are provided underneath this blog.

Gopal K. Kanji, 1938–2010 – Obituary provided by Warren Gilchrest
After a long struggle with lung cancer Professor Gopal Kanji died on May 28th, 2010. Gopal was born in 1938 in Patna, India, son of a Professor of Psychology. He obtained a Bachelor’s degree in mathematics and a Master of Science degree in statistics at Patna University. In 1960 he came as a Research Assistant to the Statistics Department at Sheffield University, later becoming an Assistant Lecturer. His research led to a second Masters degree. He met Valerie in 1964and they married in 1966. They have two children, Heather and Dilip. It was in 1966 that he joined Sheffield Technical College, later to become Sheffield Polytechnic in 1969 and Sheffield Hallam University in 1992. Over this time Gopal moved from Assistant Lecturer to Professor of Statistics; during these years he also studied part time for a doctorate under the Council for National Academic Awards system.

In 1974 Gopal founded a small departmental journal called BIAS (Bulletin in Applied Statistics) whose articles were mostly written, with prompting, by departmental staff. Over the years Gopal built this up so that it soon became the Journal of Applied Statistics, which is now published by Taylor & Francis. It is now a major international journal and one that has resisted the theoretical tendencies of recent years and has truly focused on the application of statistics and the associated developing methodologies. In starting BIAS Gopal found one of his great skills in life. Most people edit a journal for a few years and then pass the job on with relief. Gopal put in about 60 man-years as an Editor Supreme; not until 2008 did he pass on the editorship of this journal. In 1990 he founded and edited the TQMJournal (later Total Quality Management and Business Excellence),which is also published by Taylor&Francis. This was the first international journal to bring together all the many elements of the quality control scene. It has persistently avoided the ‘I think’ culture that is evident in much quality literature and sought a clear measurement, modelling and evidence-based approach. Gopal also contributed to the editing of several other journals including The Statistician and Applied Statistics. He was a member of the Royal Statistical Society’s Journals Committee as well as of the Society’s Council (1978–1982) and was also Vice-Chair and then Chair of the Committee of the Industrial Applications Section and Secretary of the Sheffield Local Group of the Society, 1970–1976. As aFellow of the Institute of Statisticians, as well as of the Society, Gopal was twice on the Council of the Institute of Statisticians: 1978–1982 and 1986–1988.

Gopal was a great attendee at international conferences, often with Valerie, not just as organizer, participant or speaker, but often in all of those roles. He would come back from the conferences with promised papers for his journals both by those eminent in their fields and also young researchers and practitioners working on new and developing areas. This sometimes led to special issues of journals on developing and interesting applications; thus the Journal of Applied Statistics had issues on image analysis, in 1993, and statistics in ornithology, in 1995 and 2002. These were also sometimes published later in book form.

In the early 1980s his interest broadened from applied statistics into the wider areas of quality control, where he wrote not only individually but also co-operated with many others in writing a large number of papers in this area. Some of these formed series of papers, particularly on quality approaches in different countries and in different industries and contexts. This led to his development of a personal and broad approach to the whole structure and methodology of quality improvement. Also in the 1990s Gopal started to organize regular international conferences on quality matters (the World Congress for Total Quality Management), initially at Sheffield Hallam University, but later all round the world; 13 such congresses have been held. Gopal’s ability to develop enthusiastic and effective local teams half a world away is yet another illustration of his gifts.

Anyone looking at the 90 papers or so that Gopal wrote will notice the large number of joint authors: quite a number from Sheffield Hallam University. Behind this fact is Gopal’s care for and encouragement of the staff he worked with. He supported many staff with their personal development as statisticians by helping them to become involved in new areas and in writing papers. His vast set of contacts across the world enabled him by a single phone call to form a useful link, or to find an external examiner or help for supervision. Gopal was always a friendly face or voice and his requests were rarely turned down. In parallel with his papers Gopal wrote a dozen books covering statistics, total quality management and the links between the two, some being translated into other languages. Of these some, like his papers, were developed and written with colleagues. He also edited several conference proceedings and book versions of journal special issues.

Gopal retired, as Emeritus Professor, from Sheffield Hallam in 2001, to enable himself to concentrate on consultancy and training. He set up a company, Kanji Quality Culture Ltd UK, as the basis for this work. He based his approach on the system of quality methodologies and measurement techniques that he had been developing and writing about over many years. It was in the issue of measurement that Gopal brought together the concerns of statistics and quality. For example he was a technical expert for the European Commission’s development of a European customer satisfaction index. Also in the international context Gopal was an active member of the American Society for Quality, being Vice-Chair of the European and Middle Eastern Chapter, and he received the American Society for Quality’s Grant Medal for his contributions to total quality management.

Gopal’s wide range of contacts and the associated editing and conference attendances meant that he had a broad view of developments in both statistics and the quality improvement fields. This he fed back into his journals, papers, books and conferences. Later, after he retired in 2001, he developed his approaches further through his consulting. Gopal’s constant work, leadership and entrepreneurial spirit in developing the fields of applied statistics and total quality management have left a lasting mark on both these fields.

Dr. Yoshio Kondo, 1924- 2011
Dr. Yoshio Kondo was a Professor Emeritus at Kyoto University, Kyoto, Japan. he was awarded the Deming Prize in 1971 and became an Academician of the International Academy for Quality in 1975. Dr Kondo was awarded the E.L. Grant Award from the ASQC in 1977. He retired from Kyoto University with Professor Emeritus in 1988. He was President of the Japanese Society for Quality Control from 1992-1993 and became an honorary member of the Philippine Society for Quality Control in 1994. He was President of the International Academy for Quality from 1994 to 1996 and was a member of the Board of Directors of the Engineering Academy of Japan from 1995-1998. Dr Kondo was Chairman of the Board of Directors of the International Academy for Quality in 1997 and was awarded the Harrington-Ishikawa Medal from the APQO in 1998. He was also awarded the E. Jack Lancaster Award from the ASQ in the same year, as well as becoming Professor Emeritus of the European Center for Peace and Development in Belgrade. He was also named ASQ’s 23rd honorary member in 2006. The citation reads, “For his exceptional contribution to the global quality community as a thought-leader in the fields of human motivation and total quality management and his exemplary personal dedication to the promotion of quality throughout the world.” Dr Kondo published more than 500 articles and papers as well as a dozen books, two of which – Human Motivation: A Key Factor for Management and Companywide Quality Control: Its Background and Development – have been translated into English.