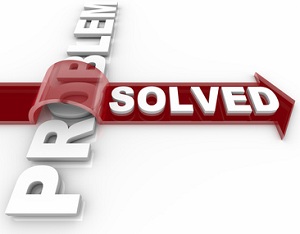 Most organisations apply the corrective actions on the production/service departments only, whereas it’s not a priority when it comes to a support areas such IT, finance or human resource.

This article below by Dr. James Harrington , one of the world’s leading thinkers on quality and business management, highlights the importance of corrective action on support areas.

Recently I sat in a conference hall in Ixtapa, Mexico, listening to Denise Robitaille lecture on corrective action, preventive action, and continuous improvement.Robitaille was conducting a five-hour workshop, and the room was full of interested people, most of whom spoke Spanish. She lectured in English, but everyone seemed to be involved. She pointed out that 18 percent of product costs are related to rework and emphasized how important it is to create a request for corrective action (RCA) when product problems occur. It’s important to evaluate the defects and define the root cause, she said, and then take corrective action to eliminate the possibilities of the defect recurring. She pointed out that having an excellent database is critical to all correc­tive action programs. As she continued to talk, I noted that her lecture focused on product applications. To prepare an RCA, you need a defect, she said.

What would happen, I wondered, if we applied the same systematic approach to the way that we manage the total organization? What if we filled out an RCA every time an error occurred in all support areas as well as manufacturing areas? For instance, what if every time people showed up to a meeting and hadn’t completed their assigned tasks, an RCA was sent to their supervisors to define what action should be taken so that they wouldn’t ever be late with another assignment?

Robitaille also noted that you can’t respond to an RCA by stating it was due to an operator error.

This may seem ridiculous. It’s easy to imagine every organization quickly becoming buried in thousands of RCAs, and it would be impossible to prepare legitimate answers for every one.

In most organizations I’ve worked with, that avalanche of RCAs would almost shut down the operation, and maybe that wouldn’t be too bad. Remember when we started the just-in-time approach? We likened the excess inventory to “excess water.” We talked about “lowering the water level” so that we could see the “boulders in the stream.” Each time we ran out of parts, the line came to a stop until the boulder was permanently removed. This approach allowed us to remove all the boulders (i.e., problems) from the produc­tion flow.

Maybe it’s time to lower the water level in the support areas so that the real prob­lems can be identified and solved. This might be one of the best ways to focus on improving our support processes. What if, when anyone came to a meeting late, we called off the meeting? All of a sudden the boulders in the support process would surface and get removed.

Why is it so important to eliminate errors from the production floor, but so unimportant to do the same in finance, engineering, personnel, information technology, and industrial engineering? Why do we put in excellent measurement systems in manufacturing but don’t even measure error rates in the service and support areas?

Sure, we have key performance indicators in these areas, but they’re only overall measurements. How many quality managers have data that show the number of meetings when engineers arrived late, or were unprepared, or they didn’t have their assignment done, or they missed the meeting entirely?

How should you answer when your second-level manager asks, “Why does John continue to come to meetings unpre­pared after you’ve already spoken to him?” Should the error rates of your managers, engineers, and other support people be greater than those in the manufacturing departments?

Our support processes should be as good as our production processes. If quality managers are endorsing the Six Sigma program, shouldn’t they be performing at the Six Sigma level, as well as requiring and measuring employees to do so? Maybe it’s time we started writing RCAs whenever support personnel don’t perform to requirements.

Obviously, writing RCAs related to support and service errors would overwhelm most organizations with paperwork and additional work. But it also would require management to step up and manage its employees, understand their workloads, prepare them to do their work correctly, and help them do their jobs better. They’d be able to estimate and measure more accurately, and to develop better proc­esses

Now would that be all bad?