Reflecting on the success of the Global Organisational Excellence Congress 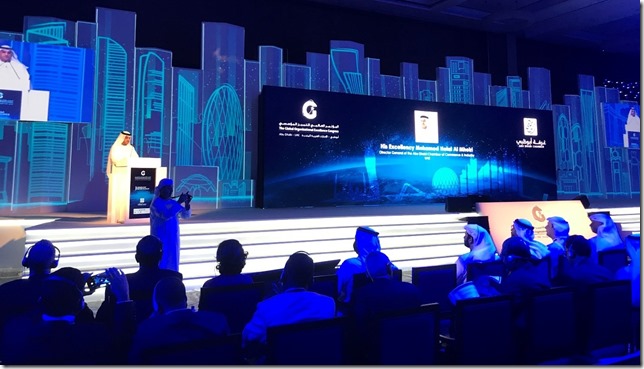 The congress was attended by delegates and speakers from all corners of the world from as far away as Chile, New Zealand and Tonga. In total there were 1300 registrations with almost 40% being international delegates representing 34 countries, therefore offering a platform for global networking. Notable speakers and authors included Dr. H. James Harrington, CEO, Harrington Management Systems, USA (author of over 40 books covering all aspects of quality management and still going strong at 90 years old with his recent work on innovation) and Dr. Robert Camp, Honorary Life-time President, Global Benchmarking Network, United States (the pioneer of modern day benchmarking through his work at Xerox and publishing the first book on benchmarking in 1989, “Benchmarking: The Search for Industry Best Practices”). 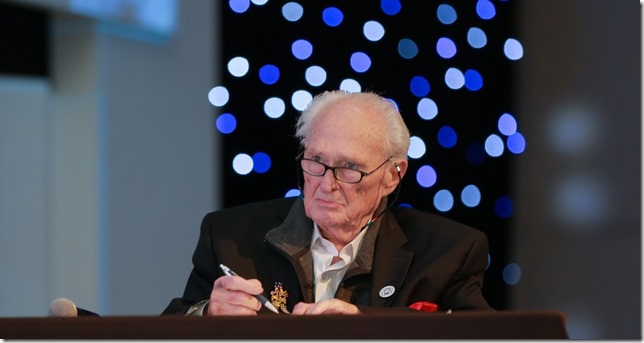 Prior to the congress on the 9th December 2018, the Global Benchmarking Network’s Annual General Meeting and Asia Pacific Quality Organisation’s Annual General Meeting were held. These meetings brought together international experts from over 30 countries to discuss and shape the future of quality and benchmarking. One of the key decisions of the GBN was to open up its membership to individuals and corporates, for further information refer to https://www.globalbenchmarking.org/index.php/membership-join/

Attendees of the APQO’s Annual General Meeting with the local organizing committee of the Abu Dhabi Chamber of Commerce and Industry, including Deputy Director General Abdullah Al-Qubaisi.

Attendees of the GBN’s Annual General Meeting with the local organizing committee of the Abu Dhabi Chamber of Commerce and Industry, including Deputy Director General Abdullah Al-Qubaisi.

Professor Hadi Eltigani, Chairman of the Congress and Coordinator General of Sheikh Khalifa Excellence Award (SKEA) was instrumental in bringing such a prestigious event to Abu Dhabi. It was his relationship with COER, the Global Benchmarking Network and Asia Pacific Quality Organisation that led to the idea of integrating multiple conferences into one event.

Professor Hadi Eltigani spoke about Building Excellence in the UAE and the Middle East and Harnek Singh, President, APQO, provided an overview of the history, development and choice of Abu Dhabi, UAE for the congress.

Dr. Robin Mann moderated the Business Excellence Administrator’s Panel Discussion – The Role of Excellence Models in Nation Building (all the panelists shown in the picture)

In the next session of presentations Saad Ghafoor, COER PhD student, presented his research, called “Excellence Without Borders”, investigating how countries are promoting business excellence, engaging with and assisting organisations on their excellence journey, and how organisations are recognized as role models of excellence. Saad’s research has over 30 countries participating from 55 countries that are known to have business excellence awards. The research has the support of the Global Excellence Model Council and its key findings will be released by the middle of 2019 (currently he is interviewing the administrators of the major awards programs). 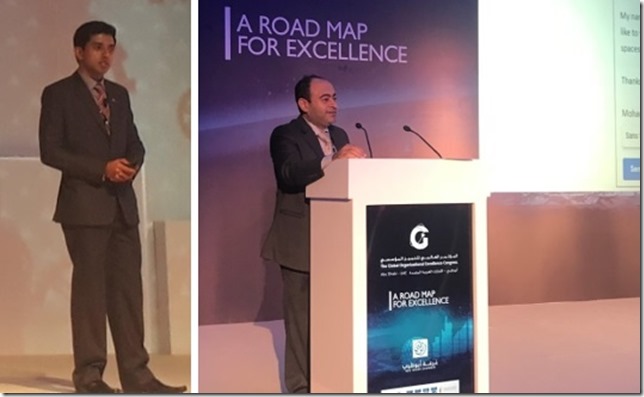 Another one of COER’s staff, Ahmed Abbas, presented on COER’s work facilitating 11 benchmarking projects for the Dubai Government Excellence Program in 2017 to 2018. The projects were very successful and have saved or generated millions of AED through waste reduction, new innovations and productivity gains. A book will soon be published sharing the findings from these projects or you can view a book on the previous year’s projects here. A 3rd Cycle of Dubai We Learn projects will begin in 2019. Ahmed also talked about how the BPIR.com supported the benchmarking projects with its 1000’s of best practice case studies and how the BPIR.com is evolving with a new website to be launched soon. Ahmed showcased BPIR.com’s latest best practice reports on benchmarking and business excellence.

The 6th International Best Practices Competition was held as part of the congress. Out of a total of 72 entries received, 36 were shortlisted to deliver a presentation representing 31 organisations from 17 countries. The contenders were judged by a panel on the basis of their written application and an 8-minute presentation followed by 4 minutes of questions and answers. From these, the top 10 were selected and the top 5 proceeded to the final where they presented again in front of a new panel of judges. All the participants were appreciated with participation certificates. 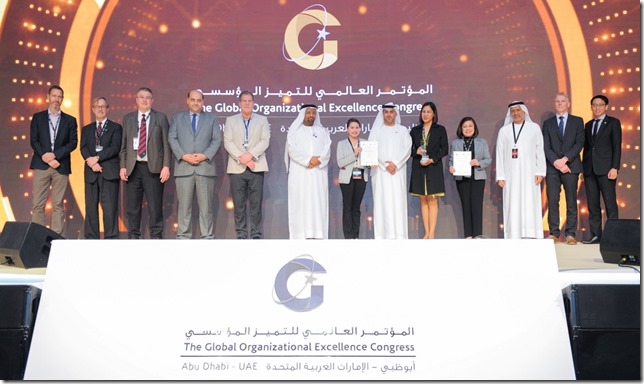 The winner of the Organisation-Wide Innovation Award, Dubai Customs. Also, in the photo are the runners-up and judging panel.

The winner of the GBN’s Global Benchmarking Award, Road and Transport Authority. Also, in the photo are the runners-up and the judging panel.

On the 2nd evening of the Congress the Gala Dinner was held, this event celebrated the achievements of the winners of the APQO’s Global Performance Excellence Award (organisations that had won national awards for excellence), winners of the ACE Team Competition and those people that had received special recognition from the APQO (winners are shown at the end of this article). The organisations that received Global Performance Excellence recognition were: 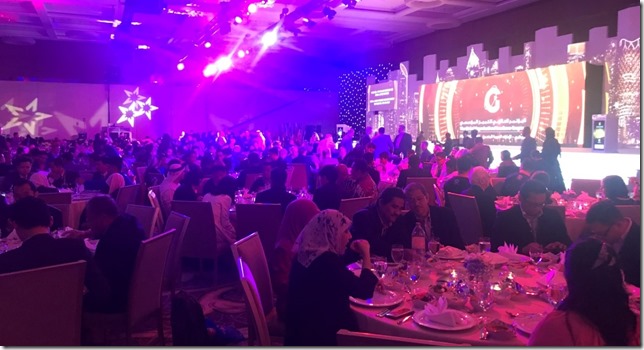 Following the congress, Dr Robin Mann conducted a 2-day TRADE Benchmarking Certification Course on the 13th and 14th December 2018. The training was appropriately timed as a number of the finalists of the various competitions had used TRADE as a key mechanism to improve their overall benchmarking approach (for instance, RTA the Global Benchmarking Award Winner) or used TRADE to identify and implement best practices (DEWA and Dubai Police both reached the top 5 of the International Best Practice Competition for their best practices). The training was attended by employees from a number of government and private organisations from India and the United Arab Emirates.

Over the last 20 years COER has been involved in organizing 16 international conferences. This one in Abu Dhabi will stay in our memory for a long time – it stands out as very special in so many ways. The support of the Abu Dhabi Chamber of Commerce & Industry was limitless and particular praise needs to be given to Wigdan Salih who was responsible for the day to day work to take the plans to reality, the combining of four major events into one congress was a masterstroke ensuring that the congress catered for everyone’s needs as there were three or four streams of presentations to choose from at anyone time, the expert presentations were excellent delivering plenty of learning opportunities, the quality of the competitions and the presentations from the participants were outstanding and provided a vibrant atmosphere for best practice sharing, the expertise of the judges and their pertinent questions led to the selection of role model competition winners, the quality of the chairing of the sessions meant that the congress kept to the time schedule, hosting the congress at the Jumeriah at Etihad Towers was an inspired choice with the Gala Dinner being exceptional and finally, hosting the event in Abu Dhabi and the UAE where there is such a thirst and desire for excellence led to 1,300 registrations and plenty of opportunities for networking with like-minded people. 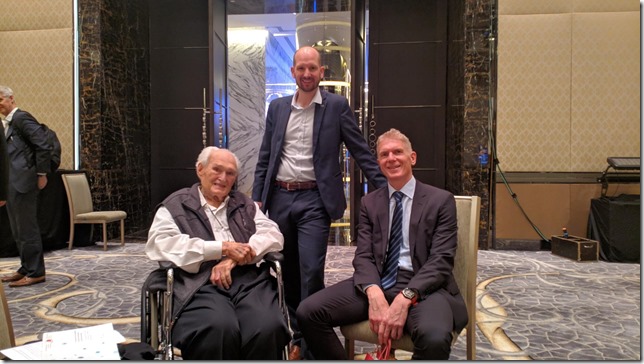 APQO individual awards were given to the following: