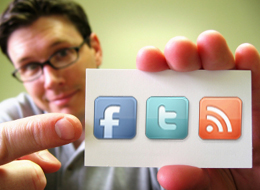 Everywhere you look people are writing about social media: newspapers, magazines, bloggers, news channels, books. After reading a few of these articles you will notice the same key theme coming through; if your business is not using social media then you are missing out on massive opportunities.

A good case study on the power of social media for a small business is the story of Wendy Maddocks-Jennings a skincare products producer based in Palmerston North, New Zealand.

After one year of utilising the power of social media Wendy been able to increase sales 25 per cent and that’s due to regular facebook updates, tweeting and blogging.

Below is the full article.

Wendy Maddocks-Jennings is aiming to use only New Zealand-grown plants in her range of skincare products.

Two years ago, former nurse Wendy Maddocks-Jennings would have told you that Twitter and Facebook were just amusing distractions for teenagers.

Now the small-business owner relies on social media to promote her natural skincare products to the world.

Sales for her Palmerston North-based company, MJ Health, are up 25 per cent on this time last year, thanks to her regular tweeting, blogging and Facebook updates.

Maddocks-Jennings exports most of her completely plant-based products to beauty salons and spas in Britain, Hong Kong, Singapore and Malaysia. She says adapting to social media has allowed her to find customers who would otherwise have been out of reach.

Twitter, Facebook and blogging are a more cost-effective way for a small business to really target specific groups of customers than traditional print advertising, she says.

The main cost in using social media is time, says Maddocks-Jennings, who estimates she spends 10 or so hours a week tweeting, updating her blog, responding to comments and posting videos on YouTube. She hires a contractor for media research and the advanced technical stuff.

MJ Health makes its plant-based skincare products under the Dr Wendy's brand. Another range, Earth's Gift, is mainly sold on Trade Me but uses some non-plant-based ingredients.

During the course she discovered she was the only one of about 20 who had a Facebook page – and she'd only set that up to keep in touch with a friend's plans for a school reunion.

The number of Kiwi businesses using social media has been a trickle rather than a flow. In March, the annual MYOB Business Monitor showed only 14 per cent of the 1000-odd Kiwi smaller businesses that were surveyed used Twitter, Facebook, MySpace or YouTube to promote their business. Similarly, just 12 per cent of all business owners wrote online newsletters or blogs to promote their business to existing and prospective customers.

Maddocks-Jennings says the trick when tweeting, blogging and posting is to keep things conversational, and to engage with and inform people rather than do the hard sell.

"It's definitely not about bombarding people with information. For example, I contribute to conversations in chat rooms where I'm not necessarily saying, 'try my products', but I might be informing people about the ingredients that I use."

This doesn't just raise brand awareness, but also shows that the company "has a wider consideration than just the business side of things".

There is some direct promotion. Maddocks-Jennings has a small budget for Facebook ads, and offers products as giveaways at certain events.

Despite quickly getting up to speed with the technology, Maddocks-Jennings recognised she needed help with some of the more technical and time-consuming stuff.

She also needed to effectively research and communicate with her most lucrative markets: Hong Kong and Singapore. She hired a Mandarin and Cantonese-speaking intern to surf the net for product reviews and comments, and to do the more advanced technical things such as write html code.

Maddocks-Jennings, 45, had always had an interest in natural products, and had mulled the idea of starting her own business for years.

While nursing she had developed some serious allergies to hand cleaning products and latex. She found a teaching job at a local polytechnic and opened a small aromatherapy clinic.

When an opportunity for voluntary redundancy came up, she knew it was now or never for her business idea.

She set up the company in 2006 after studying for a doctorate in health science at Australia's Charles Sturt University. She spent 18 months developing a product range under her Dr Wendy's brand, and door-knocked pharmacies, beauty salons and health food shops around the North Island. She found it tough going: the recession was starting to bite and businesses were reluctant to take on a new product.

On the advice of a business mentor she narrowed her market focus to women over 30 and targeted only beauty salons, spas and therapists.

Knowing an export market would provide a bigger pool of customers, she successfully launched the product through distributors in Britain, and turned to Asia via Hong Kong, a common entry point to the Asian market because of its location, market size and because English is spoken.

She ignored Australia, having been advised there were already a lot of local brands with a loyal following.

Now Singapore, Hong Kong, Malaysia and Britain make up 80 per cent of her market and the rest is sold in New Zealand. Maddocks-Jennings aims to further develop the local market with a new range of salon-only products, and will tackle the Korean market this year.

All MJ Health's products are manufactured in Palmerston North. To cut costs Maddocks-Jennings hires a local commercial kitchen and a handful of staff only when an order comes in.

Being small allows her the flexibility to customise her range, which is important to her Asian market, where customers have different skin types.

The Dr Wendy's brand which sells in Asia is altered slightly to suit not only the local skin type but also to ensure the product's longevity in the humid climate.

Maddocks-Jennings aims to use all New Zealand plants in her products; right now she's at about 70 per cent.

She's also 80 per cent toward her goal of being completely organic.

The natural products industry in New Zealand is thriving: industry body, Natural Products NZ, estimates it is worth about $1 billion annually.