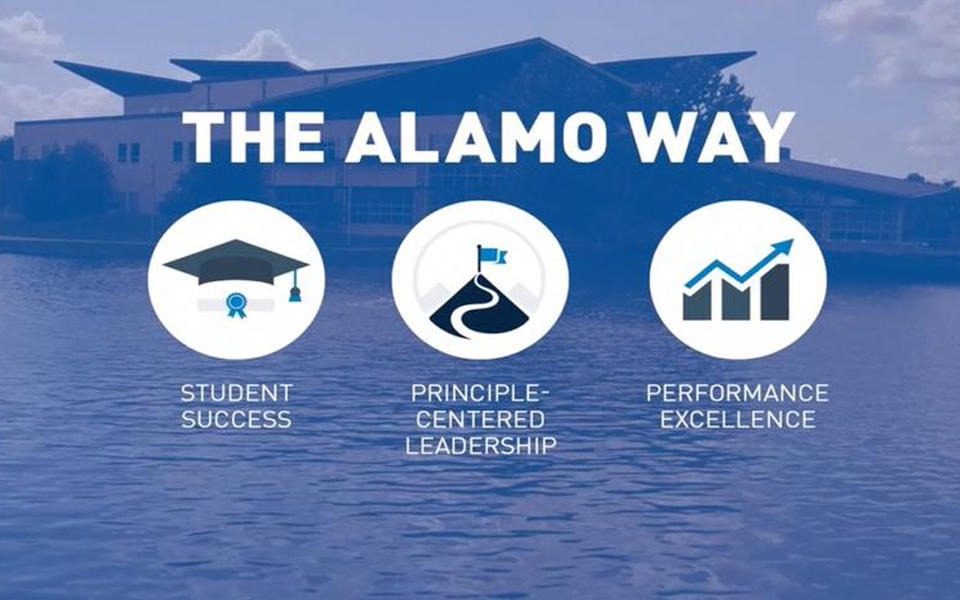 Alamo Colleges District, a community college district in San Antonio, Texas, achieved the best four-year student graduation rate in the state after improving results by 150 percent in recent years. The organization also doubled the number of degrees and certificates conferred to students over four years since 2013 to reach a 2017 total of 12,750, a number three times higher than the state norm. In addition, scholarships awarded to Alamo Colleges District students increased from 580 to 2,175, with the amount awarded growing from $500,000 to over $2 million, from 2010 to 2018, the year the organization earned its Baldrige Award.

In the following interview, Flores describes the focus of his upcoming Quest presentation on leadership, highlights how the Baldrige Excellence Framework has supported his institution’s journey to excellence, and tells why other education organizations can also benefit from using the framework to improve their performance.

Congratulations! Your organization will be officially receiving its Baldrige Award at the ceremony this spring! Do you wish to share how you feel about this great achievement or how you or other employees reacted when you heard the news of winning the award?

Becoming a recipient of the Baldrige Award is a testament to the hard work and commitment of a diverse, collaborative, and engaged workforce of 5,000 colleagues and our students and community partners.

Having the Baldrige examiners on site (during the final phase of the 2018 award process last fall) to hear and learn of our journey provided many employees (over 500 were interviewed) the opportunity to share how they have contributed to this effort, from those who have been here throughout the journey to those who are new to the organization.

We are excited about the journey ahead as we continue to develop and implement strategies to achieve our mission of student success and performance excellence.

Would you please outline or otherwise give us a preview of highlights of your leadership plenary presentation at the upcoming Quest conference?

I will communicate to the conference attendees that Alamo Colleges District has developed an organizational alignment that allows for a clear focus on student success and performance excellence, through a student-first culture, data-informed strategic planning and implementation, and increased internal and external community engagement.

Through these efforts, we have identified our moonshot—community partnerships designed to end poverty in the greater San Antonio region. Alamo Colleges District has implemented strategic initiatives that position the organization to continue to be a key contributor to the personal and economic growth of the citizens of San Antonio and surrounding areas. These initiatives include AlamoADVISE, which connects individual students with a dedicated, certified advisor to identify resources to support their learning and prevent them from needing to drop out, as well as our network of student resource centers at each college.

The use of the Baldrige Excellence Framework helped our organization define and codify our student-first culture. Board Policy F.6.1 Student Success was established in 2010 to communicate that Alamo Colleges District (ACD) will rely on evidence about student progress to make strategic decisions and allocate resources. This is accomplished through collaborative efforts across the organization and among various groups.

We developed streamlined processes across our family of colleges and support operations, aligning strategic development and implementation, from our Alamo Way board philosophy to our strategic priorities and strategies and our individual performance reviews.

Our adoption of the Four Disciplines of Execution (4DX) provided a cadence of accountability by which we can be intentional and focused on meeting our Wildly Important Goal (WIG), which is to increase the number of degrees and certificates awarded to students.

We engaged our external partners and stakeholders in our student success efforts to bring initiatives such as AlamoADVISE; AlamoINSTITUTES, which provides personalized pathways; and, most recently, AlamoPROMISE, our tuition-free college program concept, to a greater scale.

What are a few key reasons that you believe organizations in your sector benefit from using the Baldrige framework?

The Baldrige framework is about social justice. It is designed for organizations to implement effective and efficient processes that help reduce gaps that are often based on institutional, social, personal, and cultural factors that separate successful and non-successful students.

The Baldrige framework allows leaders of an organization to move from thinking they know what processes are impacting their outcomes to knowing which processes actually do impact organizational success and how they do so.

Alamo Colleges District is a community college district in San Antonio, Texas. Pursuing its mission of “empowering our diverse communities for success,” the organization has established education and training centers in some of the city’s most economically disadvantaged neighborhoods and offers programs that also support surrounding areas. The organization’s vision is for the district and its colleges to be “the best in the nation in achieving student success and performance excellence.”