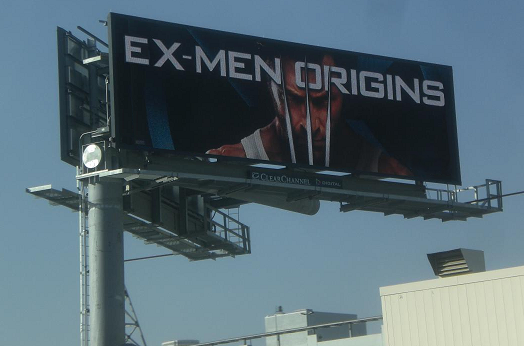 In every workplace there are heroes who get things done, help their colleagues become successful, but generally they are unknown.

Successful teams absolutely depend upon these heroes, and the sustainable success of the business depends largely upon identifying them and building a high performance workplace culture.

Here is another great article from our friend Adam’s Stoehr (Excellence Canada Vice President), Adam’s article describes the workplace superheroes of quality or as he name them “Ex-Men”

Everywhere I turn this summer there are superheroes! The Avengers movie has almost made a billion dollars at the box office. Spiderman is chasing Lizards and Batman is back protecting Gotham City. I’ve always loved superhero stories. The struggle between good and evil is so simple yet so compelling. Especially when you throw in the special effects of a $200 million dollar production budget!
I went to see the Avengers movie the other week and it got me thinking that there are similar heroes in our workplaces. I call them the “Ex-Men” or Excellence Men (and Women). Not to be confused with the X-men who are a bunch of superheroes in the Marvel Comics universe including Wolverine, Cyclops, Storm, Professor X, and Emma Frost.
The Ex-Men are a group of heroes that use their powers for the benefit of organizational excellence.
Some of the most popular Ex-men are:
• Ex-Ray Vision
• Plan Man
• Map Lady
• Stake-Holder
• Well Woman
Let me tell you about their super powers.

Ex-Ray Vision is a leadership expert and acts as the leader of the current group of Ex-Men. He possesses the ability to absorb the psyche and abilities of other people and use them for the greater good. He can see through the toughest challenges and around corners. His specialty is setting direction for the Ex-Men team. He has the ability to set the aim and articulate it to the entire organization.

Plan Man is a strategy master. He cascades the vision into action. His powers allow him to connect the dots from aim to tasks. He has the ability to draft strategic plans with input from staff and customers. He emits a powerful energy beam from his eyes described as an “optic blast.” The beams are tremendously powerful and can be used to monitor and change plans as new requirements arise.

Map Lady is one of the most powerful Ex-Men. She has demonstrated a plethora of abilities, most of which are facets of her power to control processes. In the blink of an eye she can create as-is process maps and transform them into desired state ones. She is also a master at data display to highlight gaps that need to be closed with the input from process experts.

Stake-Holder possesses vast telepathic powers. His specialty is reading the minds of all stakeholders to find out their specific requirements. These customer/employee/supplier requirements are then shared with the other Ex-men and plans are designed to meet or exceed them. He is capable of extraordinary psionic feats, including broadcasting and receiving thoughts, survey design, complaint analysis, focus group facilitation, and assessment.

Well Woman is the most caring member of the Ex-Men. When super villains attack, she has the uncanny ability to accelerate the healing process for the entire organization. She can regenerate damaged or destroyed morale far beyond the capabilities of an ordinary human. She monitors the organization’s satisfaction and morale and adjusts the levels according to 3 healthy workplace elements including physical environment, health & lifestyle practices, and workplace culture.
It would be far too risky for me to reveal the secret identities of these Ex-Men. Each of them work at companies and public sector organizations that we all know like Sun Life Financial, the Law Society of Upper Canada, the Department of National Defence, Ceridian, MPAC, and Transport Canada. The only piece of information that I feel comfortable sharing is that they are all certified under the Excellence Canada “Certified Excellence Professional” designation or CEP for short. I’ve already said too much but you can check out the new format of the Excellence Canada CEP program here: http://www.excellence.ca/en/knowledge-centre/news/master-the-skills-required-to-improve
Maybe next time I’ll tell you about all of the Super villains that fight the Ex-Men at every turn. These include: Nay-Say, Mag-not-now, Cross-Arm, Too-Busy, and Reluctoid to name a few. These villains have developed a De-CEP innoculation to suppress the Ex-gene that gives the Ex-Men their powers and makes them different from other humans. Since the discovery of their existence, Ex-Men have been regarded with fear, suspicion, and often hatred. Are they the next link in the evolutionary chain or simply a new species of humanity, fighting to continuously improve their share of the world?
But I’ll save that story for another day. I think if Hollywood was willing to give me a $200 million dollar budget I could take these characters and make a pretty cool movie.