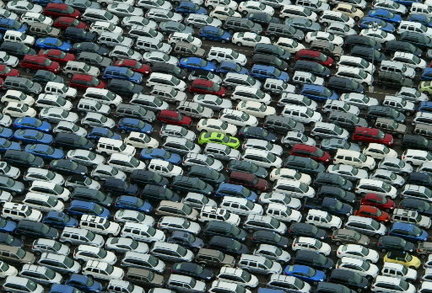 Toyota motor is the largest car manufacturer in the world, Toyota name is associated with quality and reliable cars. Unfortunately, its image was badly hurt by a safety-related recall of more than 7 million cars.

The incidents raised questions about the company’s quality control and customer service. The company was criticized for its slow response to react and manage the crisis, which was due to the management structure that prevented quick decisions.

The company also suffered from a supply-chain disruptions post to the 2011 earthquake and tsunami, but in spite of the difficult years Toyota has returned to No. 1 largest automaker in 2012 for the first time in two years.

So, how has Toyota managed to achieve this?

For the first time in its history Toyota started a series of promotions and appointments of senior managers and board members from outside of Toyota. Is that an indicator of culture change in Toyota? It could be.

To know more about the new appointments, read Industry Week article below.

Note: Industry Week magazine is one of the leading magazines in the industrial sector, it’s is available in full-text up to date as part of BPIR membership, join now to and get access to 600+ periodical.

Toyota’s management style has been criticized in recent years as too parochial for a global business, and its shortcomings were highlighted by a slow response to the recall of millions of vehicles since 2009 over safety defects.

A management shake-up at Toyota heralds a new era that will force the firm to look beyond the narrow confines of corporate life in Japan and help it in the global marketplace, analysts said on Thursday.

The world’s largest automaker said it had appointed three outside board members for the first time, and would appoint non-Japanese CEOs in the U.S., Africa and Latin America, in addition to Europe.

It marks a huge shift for Toyota (IW 1000/5), which had always followed traditional Japanese management practices, with most of its executives and senior managers picked from people who had risen through the ranks.

But its management style had come in for criticism in recent years as too parochial for a global business, and its shortcomings were highlighted by a slow response to the recall of millions of vehicles since 2009 over safety defects.

Analysts said they hoped the changes would lead to a new management approach.

“New directors, drawn from beyond Japan’s shores, will help develop a truly global view at the top,” he added.

The overhaul includes the appointment of Mark Hogan, an American who used to work for arch-rival General Motors, who will become the first foreign businessman to sit on the Toyota board without having come from the ranks of the company.

The two others appointed to the board are Japanese – Ikuo Uno, executive adviser for Nippon Life Insurance, and Haruhiko Kato, president of Japan Securities Depository Center.

The leadership shuffle came after a few difficult years for Toyota, which included the huge recalls that were both expensive and embarrassing.

“Toyota has always been criticized on its quality of corporate governance,” Koichi Sugimoto, a senior analyst at BNP Paribas said. “We expect something positive to come out of this new system.”

Critics have also said the traditional Japanese management style practiced by Toyota focused on team spirit and consensus, and produced bosses who tried to avoid making waves and were unprepared to take risks.

However, previous attempts to bring international members onto Toyota’s board have not gone well.

The first foreigner promoted onto the board was American Jim Press, who was given a seat in 2007 after nearly four decades with the company. However, he resigned from the post after just five months and went to rival carmaker Chrysler.

President Akio Toyoda said he hoped the shake-up would cement Toyota’s recovery from the quake-tsunami in 2011, which hammered production and sales, as well as floods in Thailand that hit key suppliers.