Want to reinvent how you do salaries in your organisation? 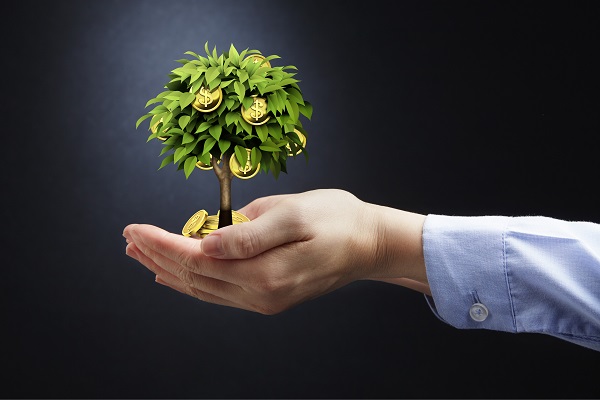 This blog has been contributed by Lisa Gill: Founder of Reimaginaire.

Back in 2017, I wrote a blog about three things to consider when thinking of moving towards self-set salaries. Since then, I’ve continued to gather examples of principles and practices from different organisations that I often share with people by email whenever they ask for resources on this topic. Here is what I have so far and if you know of any other examples, please do share so I can add to the list!

1. Corporate Rebels’ guide to self-set salaries
The Corporate Rebels website is always a good first stop when you’re looking for examples of companies doing things differently. In this guide they share some tips as well as resources of how some organisations do it including:

2. Compensation Advice Process at Ian Martin Group
This example I learnt about from speaking to Edwin Jansen for my podcast about teal Canadian recruitment company Fitzii (you can read the highlights of the conversation in this blog). About a year into their self-management journey when they were a team of 10 or so, they started the process by holding an “opening the kimono” session. Each person shared their salary, how it came to be, and how they felt about it. Opening up this information was much less scary than they thought.

Nowadays, at both Fitzii and its parent company Ian Martin Group, teams practice a Compensation Advice Process. Anyone can trigger this process around once a quarter (it varies from team to team) which involves announcing it, answering a number of questions (how they feel about their salary, what market research they have done), getting advice (all advice and feedback is shared transparently on Loomio, a tool they use for collaborative decision making), and “pinballing” until a figure is arrived upon. As Edwin puts it, it’s powerful “fodder for personal development” and has led them to challenge many traditionally held assumptions about how we value certain roles.
Luz Iglesias, who is one of Ian Martin Group’s teal pioneers, told me more recently that in the wake of the COVID-19 pandemic, some individuals have used the Compensation Advice Process to propose a salary decrease in these tough times — a touching example which shows what a strong ownership mindset employees have.

3. Uncoupling salary and performance at Viisi
Dutch fintech company Viisi is an outlier in its sector. Tom van der Lubbe and his colleagues have been on a mission to reinvent the finance industry. “When we as financial planners launched Viisi in 2010, we wanted to make the financial world better and more sustainable. To achieve this, we turned the weighting of stakeholder interests upside down: Our own employees come first, then our customers and finally our shareholders.”
In line with this mission, Viisi has a people-centric approach to salaries, which they ensure are in the top 25% in their industry. Since 2016, salaries have been transparent and decided together. Rather than each role having a salary, salaries are grouped by circles (Viisi has a Holacratic structure). For example, there is a Consultants circle and a People & Coaching circle. What’s more, each circle has a salary curve mapped out for the next 40 years that takes into account inflation and people’s development as they grow within the company.

Salaries and performance are not linked, and knowing the trajectory of your salary takes money off the table as a concern or a motivating factor. Leading and coordinating roles in a team are decided by the teams themselves, and these roles rotate. Crucially, there is no higher salary for these leadership roles which therefore solves the “Peter Principle” issue where specialists have to enter into leadership roles to progress their career (and salary), even though they may not have the relevant people leadership skills, or even an interest in a leadership role. Finally, in Viisi’s internal share programme, every Viisionair gets one point per year, no matter their role or how long they have worked at the company.
To illustrate with an example: a 25-year-old consultant joins Viisi will get a salary increase of 200 Euros every year for 40 years (in line with the Consultants circle salary curve). The salary increase is paid for loyalty, rather than experience, as Viisiionairs can pick up new roles for which they may not necessarily have previous experience. (A few consultants at Viisi have a vision of developing “Viisi Real Estate”, for example, to help clients sell their houses.)
“We consider culture more important,” says Tom, “and as for the skills, they will acquire those in partnership with external specialists. We want to show our gratitude that someone brings their energy and wholeness to work at Viisi year after year. People spend most of their time at work and if they decide Viiisi is the right place to do that, we cannot value that enough. Everybody is unique and contributed to the collective intelligence of Viisi as a whole.”

Viisi’s self-managed structure and complementary compensation model are designed to enable people to follow their personal purpose, rather than the rat race culture that more traditional salary processes tend to produce.

4. Peter Koenig’s “moneywork”
I first became aware of Peter Koenig’s work back in 2016 through my friend Tom Nixon and in early 2020 I attended a five-day masterclass he facilitated.

“Moneywork” is the output of more than 30 years of research and development to refine tools that enable individuals and groups to break out of their current paradigm or worldview of money. The purpose is to free people from the automatic assumptions and drives that we are often blind to in order to respond to circumstances with more freedom of choice and proactively create a way of being that’s in service of the things we want to achieve. Money is one of society’s biggest taboos and therefore, it turns out, one of the most ingenious places to hide our darkest shadows.

As Peter says:
“It is impossible for organisations to transform, for values-based initiatives to take root, for spiritual movements to be really spiritual, for politics to be ethical, for economics to be a science, for contemporary global challenges to be competently handled, without leaders who are willing to examine their relation to money head-on.”

What I’m realising is that we can design the most brilliant and equitable self-set salary process, but what if the individuals or teams are being run by money stories they’re not even aware of? Just one example is the tendency of women to undervalue themselves, or more senior employees to overvalue themselves.

Lately my colleagues and I at Greaterthan have been experimenting with a version of what’s called a Happy Money Story Game (pioneered by Charles Davies, who’s trained with Peter Koenig extensively).

At the end of a project or at an agreed project milestone, we set up a simple and transparent P&L-type spreadsheet and together we decide how to distribute the profit. Each person has a tab with the figure we have to play with and the names of each team member. We take it in turns to share our “money story”, for example: my contribution to this project, any observations I might way to share about others’ contributions, and any other factors I think might be relevant for others to arrive at their story of how to distribute the funds.

Then we allocate some silent time to go away and play around with the numbers in our tabs, putting amounts next to each name until it adds up to the total sum we have to share. Finally, we return to the main tab which has pulled through everyone’s version and each person explains why they distributed this way. Whoever comes up with an explanation and distribution everyone’s happy with “wins”. Sometimes we might make one or two adjustments together on the fly.

We’ve also begun to challenge each other if we notice any behaviour patterns that might be constraining someone. For example, my colleagues have become pretty adept at challenging me if they sense I am “pushing money away” or downplaying my contributions or coming up with an overly egalitarian distribution that doesn’t fairly reflect the different levels of contributions. It’s also important to ensure that the “winner” isn’t just “whoever is best at arguing or convincing.” A good test is the “good business” test. Peter believes good business is when all parties involved experience their energy levels being raised. If this isn’t the case, if something doesn’t feel right in your body (often a more reliable test than your brain), the group will hold the space for that person to voice it and decide together how to proceed.

The Happy Money Story Game is something you could do with your teams for a discretionary part of your project’s budget, or with the company profit at the end of a financial year.

So these are a few ideas and examples I’ve gathered and been experimenting with lately. What are others out there that you know of? Let me know in the comments.